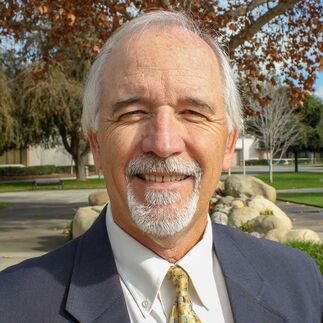 Steve Schultz
Following his father’s example Schultz began his educational journey at Porterville College attending in the 1970s.  He would later earn both his Bachelor’s and Master’s degrees from Fresno State.  Professionally Steve went on to work for both the Madera County Department of Education and Fresno State before returning home to Porterville College.

Throughout his twenty-seven years on the Porterville College campus, Steve served in a variety of capacities and made a lasting impact for the campus and its students.  His roles ranged from faculty, counselor, athletic director, dean and vice president affording him well-rounded experience to see the campus through a wide lens.  He was integral in successfully leading the campus through two accreditations – a process that encourages “institutions to improve academic quality, institutional effectiveness, and, ultimately, student success.” Through this experience and his time served in the US Army, Schultz identified a need for a Veteran’s Resource Center at the college.  He spearheaded the effort garnering campus, community and financial support making the center a reality in 2014.  Five years later, approximately 80 veterans, spouses and dependents enroll at PC and each semester the center receives roughly 1,000 visits.  Steve was also instrumental in proposing the concept of a Veterans Monument for the PC campus and worked alongside several community partners including former PC President Rosa Carlson, PC staff, Kern Community College District construction and facilities planning staff, the Porterville Noon Rotary Club and the Porterville College Foundation to see the project to fruition.  The monument was officially unveiled in March 2018 and will be a lasting symbol of the sacrifice and dedication for all veterans.
​
In retirement, Schultz is a steward in his hometown of Terra Bella where he serves as a farmer, council member and elder for Zion Lutheran Church.  His integrity and humility continue to set him apart as a leader and example. 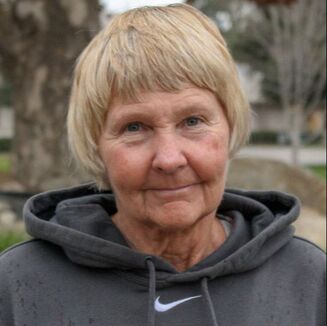 Vickie Dugan
For 22 years, Dugan and her players have celebrated success on and off the PC softball field. Dugan has won more than 250 games as the Pirates’ coach and seen her players excel at PC and beyond. Just last season, PC third-baseman Chelsea Ramos was named to the 2018 National Fastpitch Coaches Association Cal JC All-American Team, making her the first PC athlete ever to be honored as an All-American. Only 19 other players from across California received All-American honors.

Off the field, Dugan is just as committed to her players’ success. That commitment is reflected in student outcomes such as graduation, transfer and program-completion rates.

Under Dugan’s leadership, the PC softball team has been nationally recognized for team grade-point average. The 2009-10 and 2015-16 teams were recognized by the NFCA as All-Academic Teams. The 2009-10 team had a cumulative GPA of 3.289 – 11th in the nation.

Over 60 percent of Dugan’s players have transferred to four-year institutions. A map riddled with pushpins indicating where all of her players have transferred hangs in her office. The pins can be found in nearly every state, from Hawaii to Maine. She’s known for being a student advocate who actively seeks out recruitment, scholarship and educational-advancement opportunities for her players.

Once a student athlete herself, Dugan played both softball and volleyball at Fort Hays State University in Kansas, where she was named to the “Outstanding College Athletes of America” list. Prior to her arrival at PC, Dugan was the head coach at Oregon State University for seven years. She landed her first college head-coaching position at Nebraska Wesleyan University and was also a graduate assistant at Utah State University. 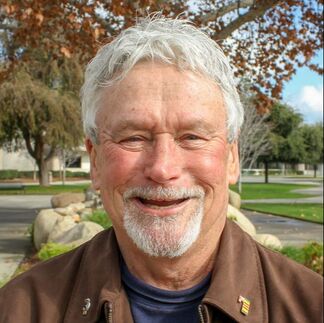 Michael "Lou" Marchant
Following high school Marchant served in the Air Force receiving a commendation medal for meritorious service in Vietnam.  Family ties brought him to Porterville where he enrolled part-time at Porterville College in 1973.  From his early days on the PC campus, he has always emulated the Pirate Spirit.  Lou tirelessly pursued his educational goals working full-time while taking courses, a plight understood by many former and current students.

Throughout his 24-years of service, Lou has served in various capacities on campus with titles ranging from Program Manager for Athletic Events, Director of Student Activities and Director of Student Affairs.  Regardless of title, Lou was committed to students and promoting Porterville College throughout the community.  His on-campus involvement is varied including representing the college at local career fairs, helping to develop the Porterville College Career Fair, serving as an advisor to the PC Academic Super Bowl Team, developing a “school to career program” for rural elementary students, coordinating athletic events and activities including booking big name entertainers to draw community interest in athletics.  Lou strived to be a voice and mentor for student athletes and was dedicated to supporting their academic success.  His life experience as an athlete, veteran and former student created a positive rapport that resonated with students and the community alike.

Marchant’s passion for service extended beyond the PC campus with long-term stints on countless community committees and boards.  He was a member and state officer of the California Placement Association, receiving the Joan Crocker Service Award for his work with the organization.  Lou also dedicated more than 10 years to the Community Services Employment Training Board (CSET), was a board director for Child Within and many more.   Due to his community engagement, Marchant’s name became synonymous with Porterville College.  The Kern Community College District Board of Trustees recognized him with a Citation of Commendation for his 24-years of service to Porterville College.
Support Us